One of my holdings increased their dividends:

One of my holdings reduced their dividends:

*One dividend increase from a couple of months ago never made it to my Dividend Income spreadsheet, so we’re adding it here now

Another dividend cut from the cash-strapped energy sector company, Whitecap Resources Inc… I’m waiting for the stock to come closer to par before I wish to sell it. I’m comfortable with holding it right now and collecting the lowered monthly dividends, but I’m afraid it may eventually go the way of Pengrowth, and stop paying dividends altogether in the future. The W. W. Grainger dividend increase was uncomfortably low in comparison to what they’ve delivered in the past, and to hold the stock with such a small yield with such a small increase will prove difficult in the coming months as I optimize my portfolio’s cash generation.

Aside from that miniature drop in dividend income, April was a huge step forward, increasing my annual income by a whopping 18.70% in one single month. That’s nearly a fifth of my overall income added right on top. I added to two core positions, Alaris Royalty and Inter Pipeline, and made my first investment in clean energy with TransAlta Renewables, which I’m hoping to add in the future once they have proved themselves a bit more.

April’s dividend income blew all of my other months away. My highest month before this was January, just a bit over $100 in income, and here I am over halfway to $200.00. Every month going forward will now have over $100 in income attributed to it, which is just great when only two months ago it was my first month even receiving $100 in income. 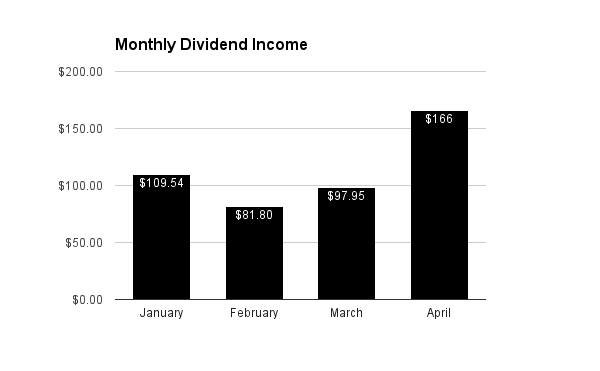 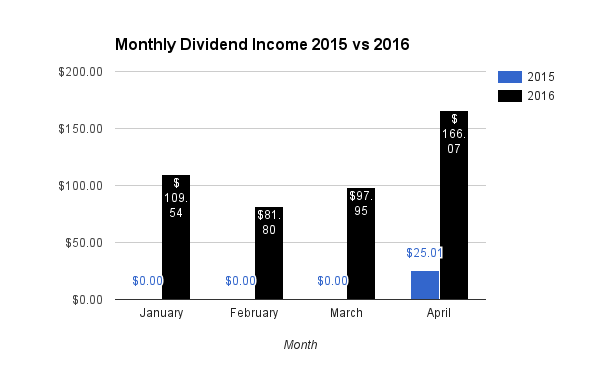 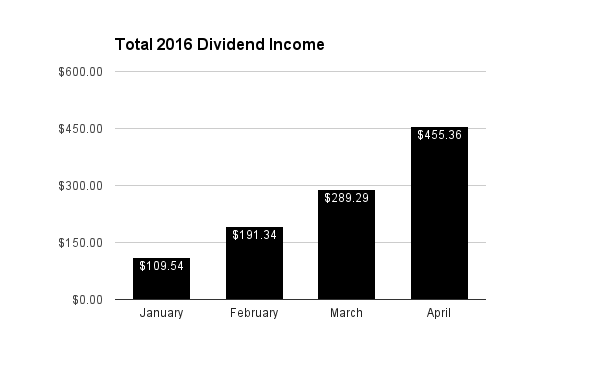 Four months in and nearly $500 richer. Sounds good to me. It’s going to be a good year. 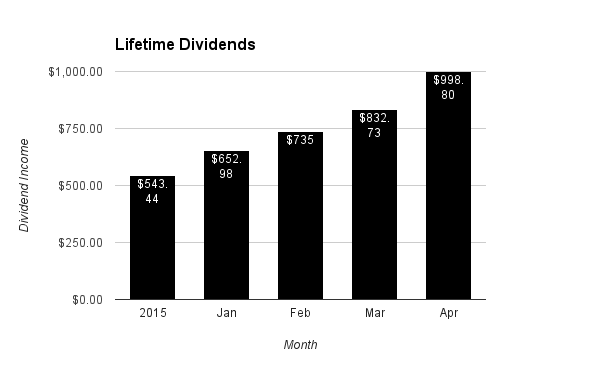 And I’m now skirting with my first $1,000.00 in dividend income! Another great milestone. And as always with investing, the second thousand will definitely come much, much faster.

How was all of my fellow investors’ April 2016? Any new positions? Dividend Raises? Dividend Cuts? Looking forward to May?