December marks my ninth month of receiving dividends, and my last for 2015. I purchased shares in Telus for the month of December, extending my portfolio position to a total of 100 shares; my biggest position in any company.

Greater things await me in 2016 and I’m excited to see where my dividend income will be at a year from now. I know I’ll be one step closer to financial independence, my ultimate goal. There have been bumps along the road in the past nine months, but I’ve learned so much about investing, the stock market, and dividends that, armed with my new found knowledge, I’m sure I’ll do very, very well in the coming year. 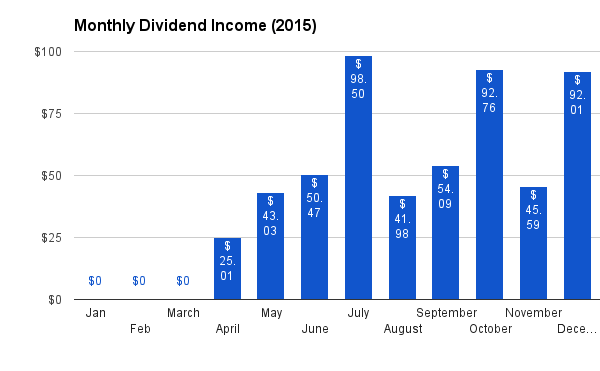 From my previous dividend income post for June, I announced that my monthly necessities add up to $290. Considering I received $92.01  in dividends this month, that means my passive income had paid off 31.73% of my necessities. That’s decent but there is a lot of spending on discretionary which I would like to focus on cutting back on. I’ll have to stick do a defined budget in 2016 if I want to accurately reach my income and savings goals.

After committing to investing in dividend and dividend growing companies for the past nine months (rather than spending money on useless things as so many people do), I surpassed my goal of receiving $500.00 in dividends for 2015! I’m incredibly proud of achieving this milestone, 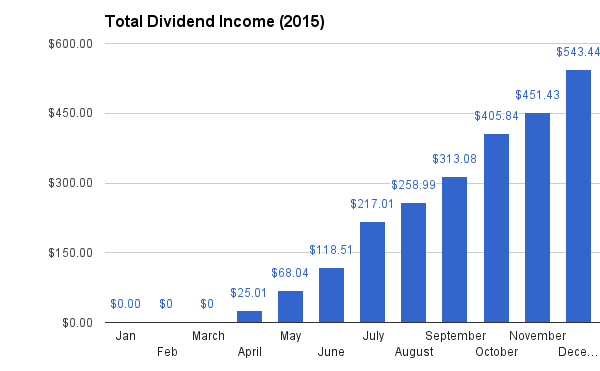