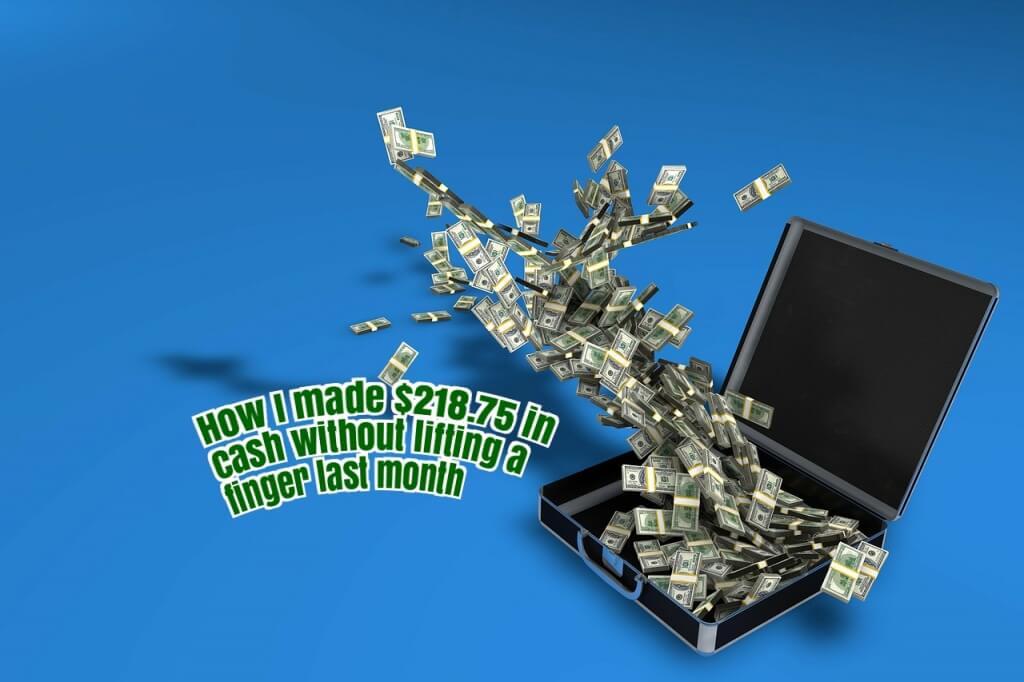 July was the most pathetic month of investing for The Dividend Beginner. It’s the first time since I began this journey that I did not allocate capital to the markets. While I didn’t notice anything to be much of a buy, I also did not search as much as I usually do and took it easier for the month as I found I was spending too much time doing research and writing and less time living.

While there were no investment activities whatsoever for July, the portfolio continued to pump cash into my accounts which are piling up as I sit on the sideline. The real horror is that my dividend income did not increase at all this month and is a real slow-down in our process. However, considering I’ve still saved the cash – we can make up for this at a later date when equities are looking a little more rosy.

None of my holdings increased their dividends. That’s unfortunate.

None of my holdings reduced their dividends. Great news!

July was the most pathetic month for the Dividend Beginner as no capital was allocated and no dividends were raised. The annual dividend income remains the same as it did at the end of June.

*PSK: As described here, CNQ completed it’s distribution of it’s PSK shares, and since I did not own enough CNQ shares to receive a PSK share, I received $20.35 in cash. 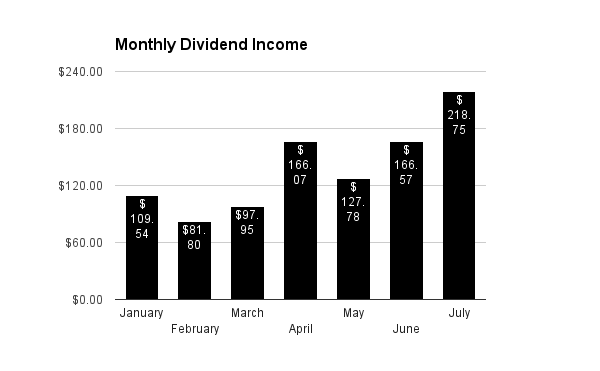 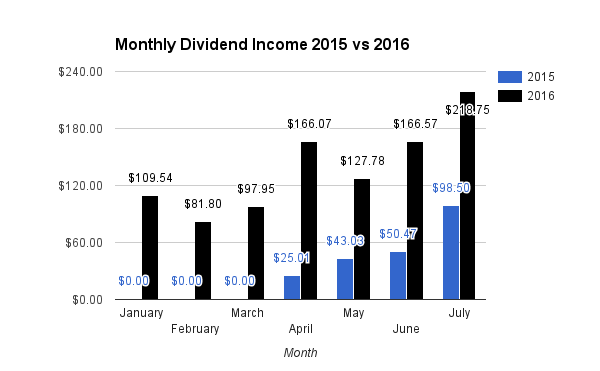 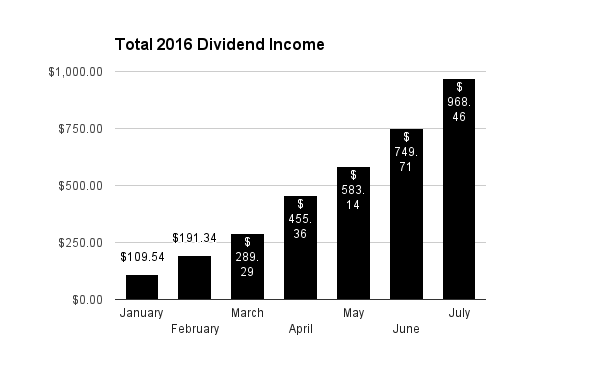 Seven months into the year and the portfolio has generated $968.46, it looks like at the 8-month mark we will generate our first thousand within one year. Next year that number will be pushed up and up until we start making $1,000 monthly. 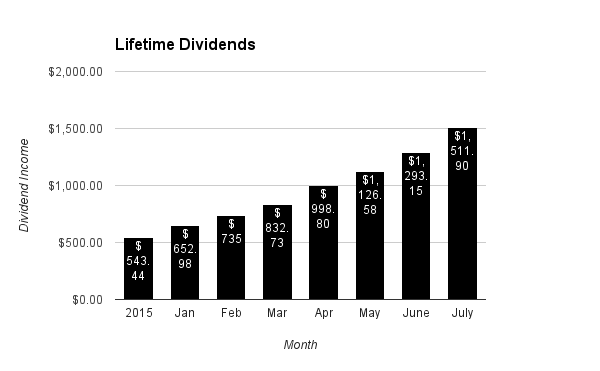 After 16 months of receiving dividends and 17 months of investing, I’ve generated over $1,500 in passive income. After July 2016, my record is now $1,511.90 in dividend income that I earned from having the foresight to invest my money in income generating assets. The great thing about this is that even if I stop investing now, that money will continue to flow into my bank account every month without me lifting a finger, and what’s more is that it will even grow as time goes on considering I took the time to invest in dividend growing companies with proven track records.

How was all of my fellow investors’ July 2016? Any new positions? Dividend Raises? Dividend Cuts? Looking forward to August?