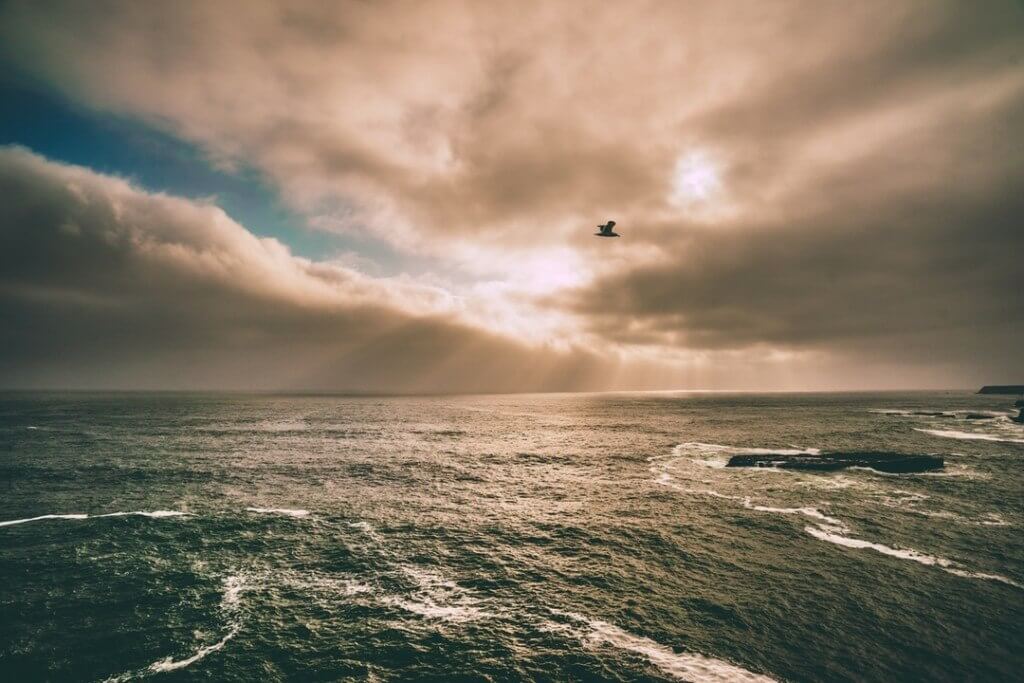 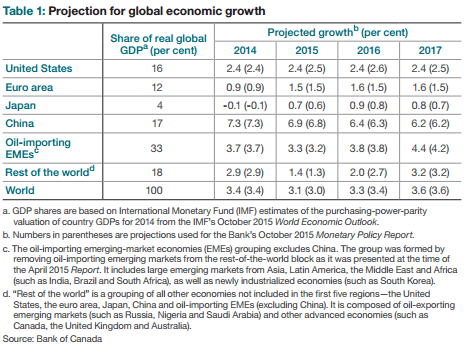 While reading the Monetary Policy Report for January 2016 by the Bank of Canada, I figured that there was definitely some information on the pages which could help the average retail investor and better position them for decision making going into 2016. In this post I’ll go over what the Bank of Canada has to say about the Global Economy as a whole, and I will later release a second post containing the excerpts I found useful concerning specifically the Canadian Economy, for my fellow Canadian dividend growth investors.

After my highlighted excerpts,  I will add my own little take on some of the information and briefly mention which stocks are of interest concerning the information consumed.

The following are excerpts taken directly from the Monetary Policy Report for January 2016 by the Bank of Canada.

All credit for every following excerpt goes to the Governing Council of the Bank of Canada: Stephen S. Poloz, Carolyn Wilkins, Timothy Lane, Agathe Cote, Lawrence Schembri and Lynn Patterson.

Global Economy Excerpts from the Bank of Canada

U.S. activity is expected to grow at a healthy pace

The Bank expects the U.S. economy to grow at close to 2 1/2 percent over 2016 and 2017, with private domestic demand buttressed by the improving labour market, low gasoline prices and still-low interest rates. (4)

Brazil, in particular, has been suffering a deep recession that is now expected to be more prolonged than first anticipated. (4)

GDP growth in India will likely remain in the 7 to 8 per cent range through 2017, supported by some progress on policy reforms and lower commodity prices. (4)

Oil prices have continued to fall…

Geopolitical risks to oil prices over the near term are two-sided: the recent increase in geopolitical tensions in the Middle East could put upward pressure on prices, given the potential for supply disruptions, but it could also exert downward pressure if it prompts increased competition for market share among OPEC members. (5)

The world economy is adjusting to lower commodity prices

Income gains from lower gasoline prices are being used either to boost current spending or to repay debt or increase savings, thus improving consumers’ ability to spend in future years. (6)

Terms of trade have fallen significantly among some commodity exporters (e.g., Australia, Canada, Mexico and Russia) as commodity prices have declined. In addition, the lower commodity prices and the negative implications for domestic demand in oil-exporting economies have been reflected in substantial depreciations in their real effective exchange rates (Chart 5 – see below). (6) 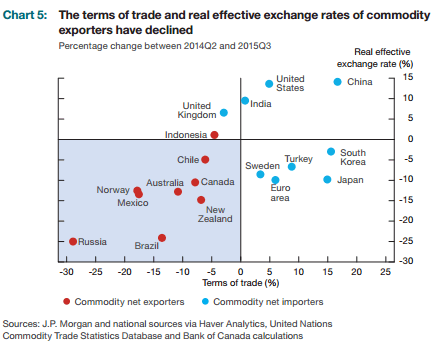 In the euro area, Japan and Sweden, subdued economic recoveries and low inflation have led central banks to provide additional monetary policy easing since mid-2014s. As a result, the currencies of these economies have depreciated notably despite the improvements they have experienced in their terms of trade. Meanwhile, the U.S. dollar has appreciated. (6)

The rise in the U.S. dollar has been a drag on GDP growth in the United States through rising imports and slower exports, but it is helping to reallocate some of the growth in U.S. demands to other regions. 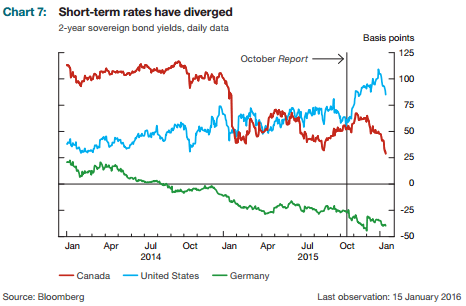 Quick Thoughts From The Dividend Beginner

Considering vehicle sales are near record-highs, a case can be made for and against vehicle-related stocks. If growth cannot continue, then why would a stock rise? Considering stocks are very often based on PE (price-to-earnings) valuations, then if a company is not expecting to have higher earnings in the next quarter or year (observe forward PE), technically a stock would likely decline. That said, stock prices and what actually makes sense in the real world very seldom correlate. Crude oil has been extremely volatile in the past weeks, currently it’s selling between $31 and $31 a barrel. If crude prices stay low (which I believe they will remain for a while), then vehicle sales can continue to increase as the average person will be saving money in gas among other things. Since I am a Canadian investor and am currently not looking at the U.S. stock market, my vehicle-play would be Magna International Inc. (TSE: MG), which I do not own a position in.

Before reading this monetary report, I had no idea that India’s GDP growth was in the 7% to 8% range. The only stocks I own at this time trade on the Toronto Stock Exchange and the New York Stock Exchange, but this new information will have me looking to India for investment. I know very little about emerging markets, and should definitely diversify my portfolio into international stocks, but I have put it off as I would most likely invest through a dividend ETF, which I’m not a huge fan of due to inconsistent yearly payouts which are not focused on increasing dividends every year as the stocks I purchase on the TSE and NYSE.

I don’t have much to say concerning oil, other than it’s incredibly volatile and would probably be difficult for me to sit through any more exposure to the sector. I recently suffered two dividend cuts on my oil holdings, from both Pengrowth Energy Corp. (dividend suspension) and Whitecap Resources (40% dividend cut). If I were to invest more of my capital into the oil sector on the TSE, I would be looking at nothing more than Suncor Energy (TSE: SU) and / or Canadian Natural Resources (TSE: CNQ). I do not own any shares of SU, but have a position in CNQ, as when I evaluated the two a while ago I preferred CNQ’s valuation and dividend growth. For now, I’m comfortable sitting on the sidelines and investing into non-resource sectors like Financials and Consumer Staples / Discretionary, which my portfolio is lacking in.

That’s a wrap guys! I really hope this overview helped, even just a bit. Reading through these excerpts opened up my eyes a bit and got me looking in a couple new directions, which is exciting. I didn’t go in depth on any specific stock but brought up a couple, so check them out if you have an interest. Be sure to perform your own due dilligence!